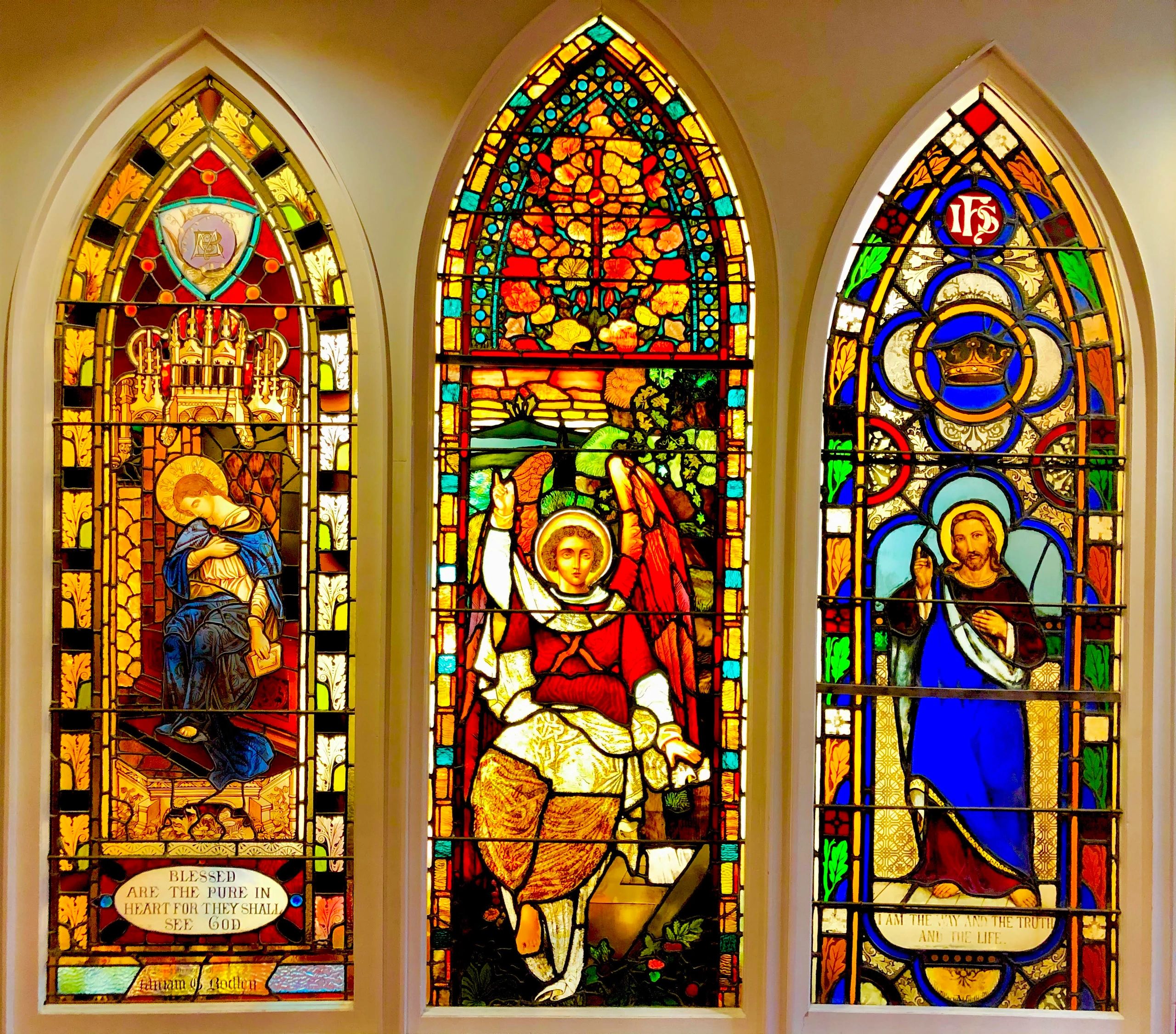 Thank God you are seeking.

Please come on a Sunday.

We offer gentle and honest Deaf-Culture-style worship
in the Episcopal Tradition.
We focus on love more than judgment.
We support Deaf-led spiritual and educational programs in our community, and partner with people of other traditions.

so they make sense.

Serve the wine cup during Communion.

after worship.  (Gluten free too!)

and sharing
+ focuses on God's glory, mystery & love.
+ is "liturgical" ~ similar to Catholic and

to become a Christian.
+ Confirmation (when our Bishop visits

and education to prepare for it)

+ Weddings
(Faithful couples of any orientation may

be married in the Episcopal Church.)
+ Funerals for anyone.

St. Thomas Deaf Church traces its ancestry back to the Reverend Thomas Gallaudet (1787-1851), son of Thomas Hopkins Gallaudet, who introduced Sign Language to the United States. In 1817, Thomas Hopkins Gallaudet, Laurent Clerc and Mason Cogswell, founded the American School for the Deaf (ASD). In 1821, he married Sophia Fowler, a Deaf woman. They had two sons, Thomas (1822-1902) and Edward Miner (1837-1917).

The younger son, Edward Miner Gallaudet, was the first superintendent of a school for deaf and blind children in Washington DC, which became in 1864 the first college for the Deaf, now known as Gallaudet University.

The older son Thomas Gallaudet (no middle name) became an Episcopal priest. In 1852, he founded in New York City St. Ann's Church for the Deaf, which still exists to this day. He frequently traveled to different cities where he would gather Deaf people for worship in Sign Language.  He also advocated for and mentored Deaf people who became deacons and priests in the Episcopal Church and carried Deaf ministry even further.

In 1876, Henry Winter Syle (1846-1890), became the first Deaf ordained clergyman. Syle became a deacon in the Episcopal Church. A few months later, another Deaf man, Austin Ward Mann, was ordained deacon. They were ordained to the priesthood together in 1883.)

In 1876, the Rev. Austin Mann traveled to St. Louis and assembled the Deaf for worship in sign language at Christ Church Cathedral (Episcopal) downtown. In 1891, this group of Deaf people officially became St. Thomas Mission for the Deaf, named in honor of Thomas Gallaudet, our Episcopal "Apostle to the Deaf"  –Thomas Hopkins Gallaudet's older son.

A Missionary Chronicle: Being a History of the Ministry to the Deaf in the Episcopal Church